Hello and welcome to my little home on the internet!!! You can call me Nick! :D

There's not much to see here yet (aside from all the broken links), but I'm planning to make this site a place where I can collate all the stuff that means a lot to me! There'll also be some useful stuff lying around, so feel free to look!

I hope you enjoy your stay here! This site will always be changing, so check back whenever! >:D

hey again! it's been 2 months since i made changes to this site. a lot has happened, and i still haven't gotten around to finishing tiny space T_T

who knows when i'll get to working on deep space...

unfortunately, this also means that i wasn't able to do anything special for halloween T_T

hello! college is starting very soon for me, so i may not have the time to update the site in the upcoming days... :(

was able to get some stuff done on the website though, at least ^^; wish me luck at college! :D

it's been a while since i updated, and the site's not quite finished, but here's what i did for now ;u;

(in other news, i got github running and am using it to push changes to my site!! which also means i need to start over a little, hence the broken links)

planning a lot of things for the next update... for now i just want to share the button already ToT

there are still a lot of changes coming though! i've got a lot of stuff i wanna do >:3c

it's crazy how much i was able to update the website in the span of 2 days...

this site went through a lot of (mostly invisible) changes, so here they are!!

art fight has gotten me confused as to what i should prioritize first... but anyway, i've made some important changes

Wanna link to my site? Here's my button! :D 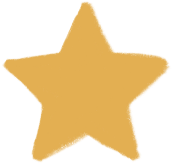 Back to top? // Outside the iframe?